News From Around The Town 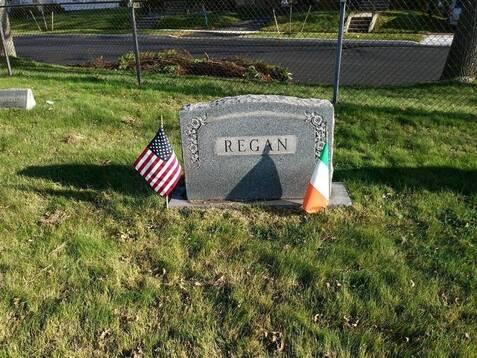 Plainfield During WW1 and the Influenza Pandemic' Exhibit at Drake House Museum
By: TAPINTO PLAINFIELD STAFF
May 21, 2020 at 9:19 PM

PLAINFIELD, NJ — The Historical Society of Plainfield Drake House Museum has announced an online exhibit entitled,'Plainfield During WW1 and the Influenza Pandemic'. The exhibit is dedicated to the memory of the 45 soldiers and their Gold Star Families from Plainfield and the surrounding area who made the ultimate sacrifice for their country during WW1.  Some were born in Plainfield and others were immigrants, but all served their country with courage, bravery, and valor.
Approximately 23 of the men succumbed to the Influenza Pandemic in 1918, and its related diseases. One of the men, Martin J. Kane, died as a result of pneumonia.  He was a member of the U.S. Coast Guard and was stationed at Fort Hancock in Sandy Hook.
Kane was called to duty to help guard Sayreville after the T. A. Gillespie Company Shell Loading Plant explosion, also called the Morgan Munitions Depot explosion, that occurred on October 4, 1918.  This explosion leveled over 300 buildings, burned for three days, and forced the evacuation and reconstruction of Sayreville, South Amboy and Old Bridge.  It is not known the exact number of casualties from the Morgan explosion, but estimates were over 100 and hundreds more were injured.  Conditions were awful, and there was a lack of food and water.
Since he succumbed to fatigue, caught the flu, and then pneumonia, Martin Kane was not counted as a casualty of the Morgan explosion.  He is buried in St. Mary’s Cemetery, Plainfield. The plaque at St. Mary's was erected June 12, 1932.
Special thanks are extended to Leanne Manna, Board of Trustee and Treasurer of the Historical Society of Plainfield, and graduate student at St. John’s University for curating this exhibit.
Future plans include a website dedicated to the men and women of Plainfield who made the ultimate sacrifice in all the wars, a Roll Call of Honor. Access the exhibit HERE.
The Board of Trustees thanks the editor, Jennifer Popper and staff of TAPIntoPlainfield for their continuing coverage of the Drake House.
Sign-up for their daily eNews and follow them on Facebook and Twitter @PlainfieldTAP.