The Historical Society of Plainfield invites one and all to the Eighteenth Annual Tree Lighting Ceremony on December 13th. Raffle prizes will be awarded during the festive evening of Christmas caroling, gift giving, and refreshments. This year's Gingerbread House will once again be generously awarded to one lucky winning family.

Children are encouraged to participate as Santa will be making a surprise visit, with a gift for every child. In addition to the large Christmas tree in the ballroom, there will be three decorated theme trees in the period rooms of the Museum. This program is free to the public.

Please note: Due to space limitations and safety concerns we are unable to provide space for baby strollers or carriages. 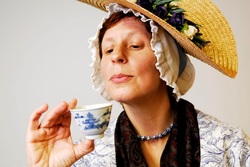 "Revolutionary Tea'' will be the subject of a presentation by Stacy Flora Roth of History on the Hoof. Ms. Roth will explore the social history of the rise and downfall of tea in Colonial American through a look at its history and material culture, infused with quotations, poetry, prose and songs about the popular and once controversial beverage. All are welcome, and donations are greatly appreciated so that programs such as these can continue in the future.

Ghost-Hunting in New Jersey and NYC 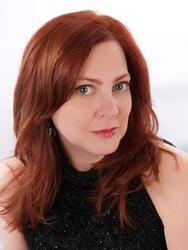 George Washington At The Drake House